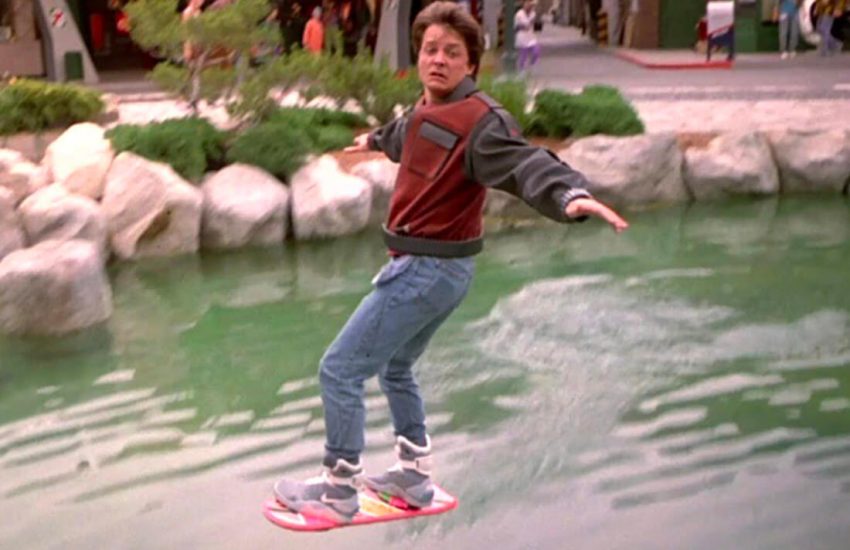 A patent for a hover engine and a hover board was granted to Gregory Henderson on February 16, 2016. How can that be? A hover board has already been disclosed in 1985, when Marty mcFly was showing his moves on a hover board in the movie Back to the Future. And yes indeed, patents can only be granted for new and inventive technical contributions.

In Hendersons patent, a technology is disclosed where a series of Halbach arrays of strong magnets is placed in a rotor and spun at high speeds. When such a rotor is placed in the vicinity of a conductor, it is generating small currents in the conductor, which currents invoke a counteracting magnetic field. The field, thus generated by the conductor and the field in the rotor are of repulsing nature. The force generated by the repulsing fields can be sufficiently strong, to carry a person some centimeters off the ground.

In order to have a valid patent, the technology that is protected therein, must be enabling, at least to a person skilled in the specific art of the invention. If a patent is not enabling, it means it is not sufficiently disclosed, such that the skilled artisan can reproduce the invention, the patent can be revoked.

The message is, that in order to obtain valid patent protection, the invention must be disclosed. And that may not be always favourable…